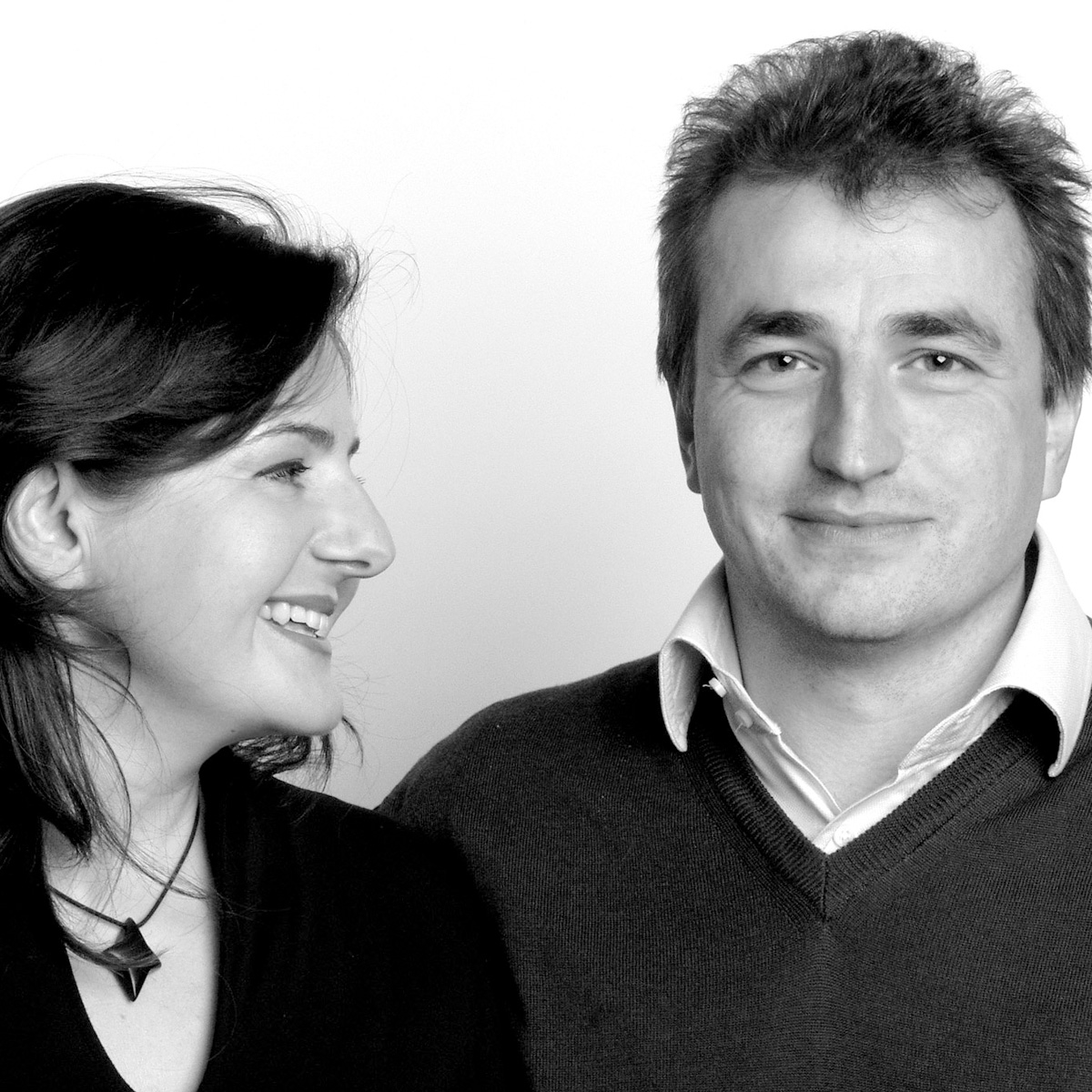 Born in 1969 in Varese and in 1970 in Bergamo respectively, the couple meets at the Architecture Faculty of Politecnico di Milano, from which they graduate with honours in 1995. In 1997 they establish the Basaglia e Rota Nodari Architetti architecture studio. They work in the fields of both architecture, industrial design and graphics. Their collaboration with Rexite begins in 2006 with the design of the Boox modular system, which wins the Good Design Award the following year and is later complemented with the Enrico X series of tables.